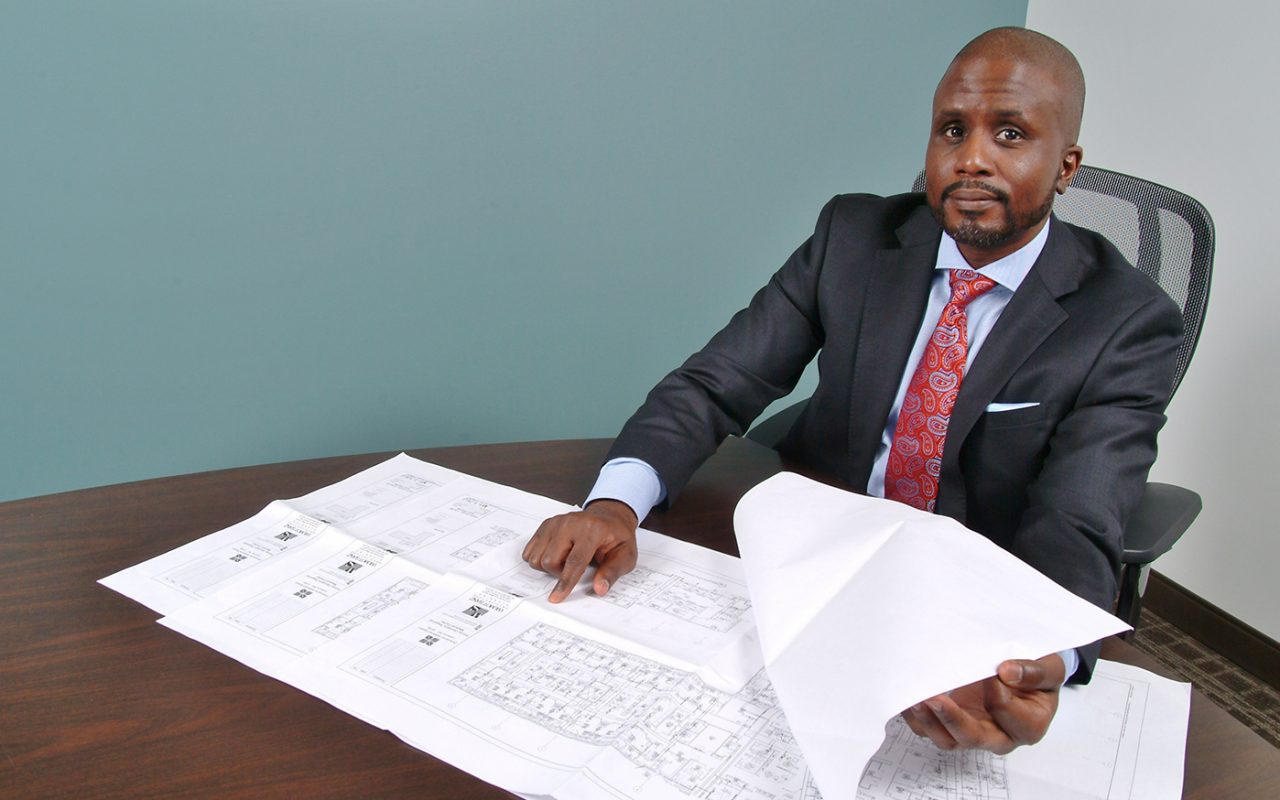 With more than 15 years of experience in mechanical, electrical and plumbing design, Ronnie Isaac has worked with some of the biggest clients in and around Washington, D.C.

Johns Hopkins University Hospital, the Naval Research Laboratory, Wake Forest University Baptist Medical Center and the U.S. Department of Veterans Affairs in West Virginia all have engaged Isaac’s firm, Isaac Engineering, for projects over the 11 years he has been in business.

However, this North Carolina A&T graduate’s achievements may have never been realized without his perseverance to continue obtain his goals even through adversity and countless denials.

Isaac spent years working in his father’s construction business. He told himself, “I can do this too.”

“I understand how this works and the science behind it and always liked to draw, so I put them together,” he said.

He thought architectural engineering would be the perfect marriage of the two things he knew and loved, but it wasn’t as simple as he assumed.

He joked he’s been proving people wrong ever since.

Certainly, Isaac’s resolve to do what was required to get what he wanted was a testament to his own sheer determination, but he admits that much of his business savvy and ability was keenly developed while working with his father, particularly developing the mentality of an entrepreneur.

Although rare for the 1970s in New York, Isaac’s father developed a congenial rapport and business relationship with people of various cultures and ethnicities, something that Isaac said he never forgot.

“I’ve had to deal with people from every walk of life. I saw how my father dealt with business people and noticed there is a certain mentality and way to carry yourself when you are a business owner,” he said. “Being a leader and having to make critical decisions – I grew up with that type of training.”

No matter the job, large or small, he has always aspired to produce high-quality results through standards of excellence. His consistent devotion to his craft and commitment to technique is what has propelled his business in such a relatively short time.

Isaac uses state-of-the-art building performance-analysis tools and sophisticated technology to deliver a wealth of knowledge to any design team worldwide. Using a building’s location, orientation, shading and structural form, his goal is to develop sustainable solutions and to drive down the need for mechanical installations.

He has designed and offered complete and various engineering systems for small restaurants to commercial buildings to government facilities to entire school systems, including current projects with the Prince George’s County School System. He has recently become invested in and sought after for more intricate and sensitive projects, upon which he is trying to narrow his focus.

“I’m just getting into this part of the industry and I’m rebranding my company to let people know that this is what we have always done and this is what we will continue to do,” he said.