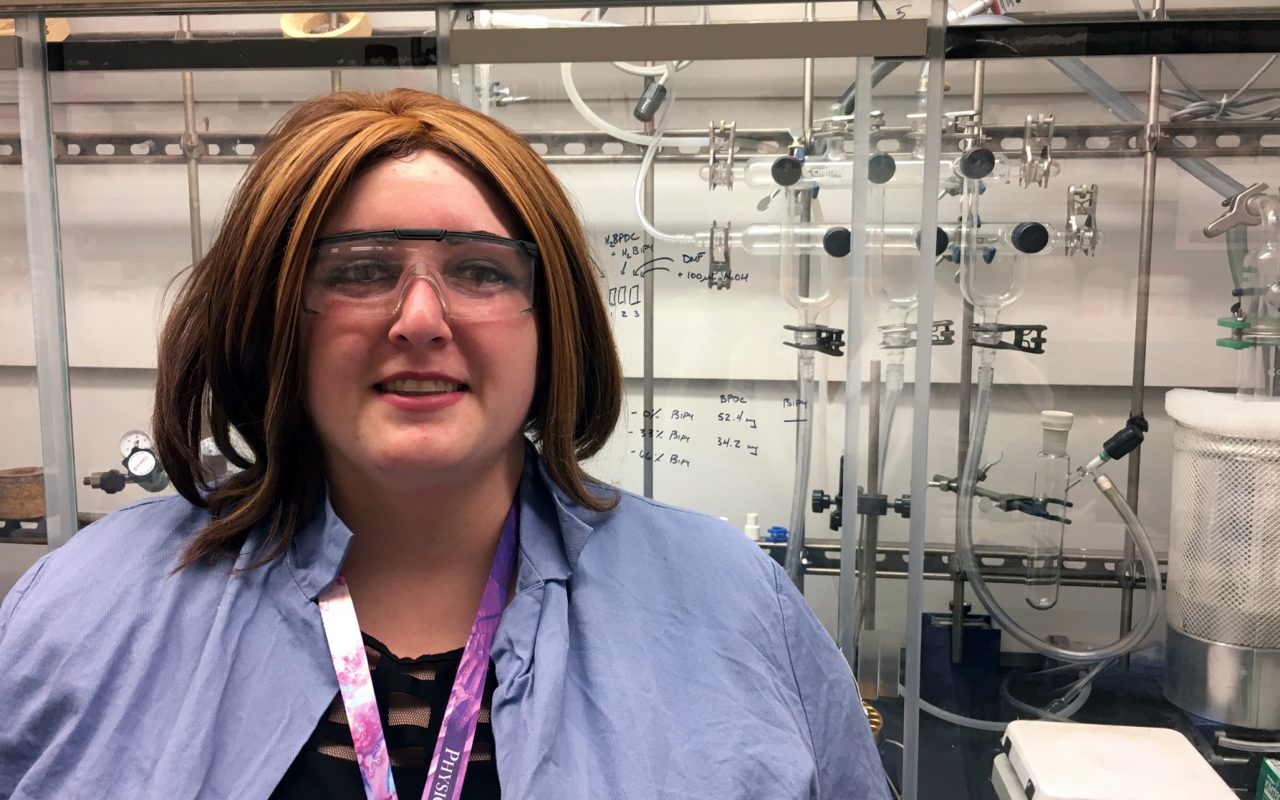 To meet the ever-growing demands of highly trained workers in STEM disciplines in North Carolina, North Carolina State University’s College of Engineering has created a program that will allow students to get two STEM-related degrees in partnership with three other UNC system institutions.

Under the 3+2 Dual Degree structure, students at UNC Pembroke, FSU and NCCU work toward their first bachelor’s of science degree in a STEM field for three years and transfer for their final two years to NC State to earn a second bachelor’s degree in an engineering field – back-transferring any credits necessary to complete the first degree.

Jerome Lavelle, associate dean of academic affairs for NC State’s College of Engineering, and his team created the partnerships to establish pathways for STEM students at other UNC campuses to access engineering and build on the strength of the two degrees.  The first partnership developed was with FSU, followed soon after by NCCU and UNC Pembroke.

“We wanted to have in place partnerships that made sense, partnerships that extended the concept of access to citizens of this state,” Lavelle said. “We had done some good work eliminating transfer barriers for students from North Carolina community college schools, providing a better pathway for rural, first-generation, and underrepresented populations in engineering. Extending this concept to include STEM students at our UNC HBCUs just made sense, so we reached out and found very eager partners.”

Laura Lovell, a recent graduate of Fayetteville State’s chemistry program, will attend NC State in the fall to study chemical engineering with a concentration in nanotechnology. Lovell decided to participate in the program to be a stronger candidate in the job market.

“I realize that the further along I’m going, everyone has at least two degrees of some kind,” she said. “I feel like it will help me for my job prospects and also in attending graduate school. The fact that I am doing the Dual Degree program, employers realize it’s an intensive program where I can have a heavier workload and maintain that responsibility.”

How the Dual Degree works

Students in the Dual Degree program at UNCP, Fayetteville State and NCCU work for the first two to three years on their initial bachelor’s degree at those institutions. Each campus has its own concentrations: UNCP (physics, mechanical and electrical engineering); FSU (chemistry, mathematics, computer science); and NCCU (physics, mechanical and electrical engineering). NCCU is in the process of adding mathematics and computer science to the program’s concentration options.

“Transfer students do really well here in engineering,” Lavelle said. “They bring important maturity, life experiences, and diversity of thought to the classroom and research lab, and in general they enrich student life on campus. Each year a quarter of our undergraduate engineering graduates began studies at another school then transferred to NC State engineering.”

The Dual Degree programs were established in the last couple of years, and the program’s first transfer students are now arriving at NC State.  The program already has had an impact on the UNC partner institutions.

“We’ve already seen a dramatic increase in the enrollment in our physics program,” Jackson said of the NCCU undergraduates. “We have students that are moving along the tracks now. We expect that our first formal transfer will be ready in about a year-and-a-half. This is an opportunity to graduate with two STEM degrees in two of the top areas when it comes to careers and employment.”

Shubo Han, a professor of chemistry in FSU’s Department of Chemistry and Physics, said about 30 students are currently enrolled in the Dual Degree program there, with another 10 freshmen who are considering it as a pre-major. Han said he requires students to have a 3.6 GPA average to participate.

“These programs are very competitive,” he said. “Our faculty is deeply involved with those students and help them to achieve. Students involved in this program generally have a better academic performance.”

According to Siva Mandjiny, chairman of the UNCP chemistry and physics department, the department is constantly monitoring progress of the 12 students participating in the university’s first year to ensure they are up for the challenge of the Dual Degree program. He said the program boosts the university’s efforts in the region to steer more students toward STEM fields.

“We are trying to help these students get into the engineering program,” he said. “We need engineers in this region for the companies, such as Campbell’s Soup and DuPont. If we are successful, the program will help a lot of local students. The majority of our students are Lumbee Indian students, and it would be a great help for them to move forward in the engineering program.”

Beyond the potential to obtain two degrees, Lovell said the program is impressive on her resume and helped her land a summer internship with Oak Ridge National Laboratory in Tennessee. She noted that the prestigious program should help her get into a master’s degree program.

“I’m using a lot of the same instrumentation here at Oak Ridge that I would not have had access to if I didn’t go to Fayetteville State,” she said. “I highly recommend the program. I feel like the combination of these two schools are what makes it awesome.”