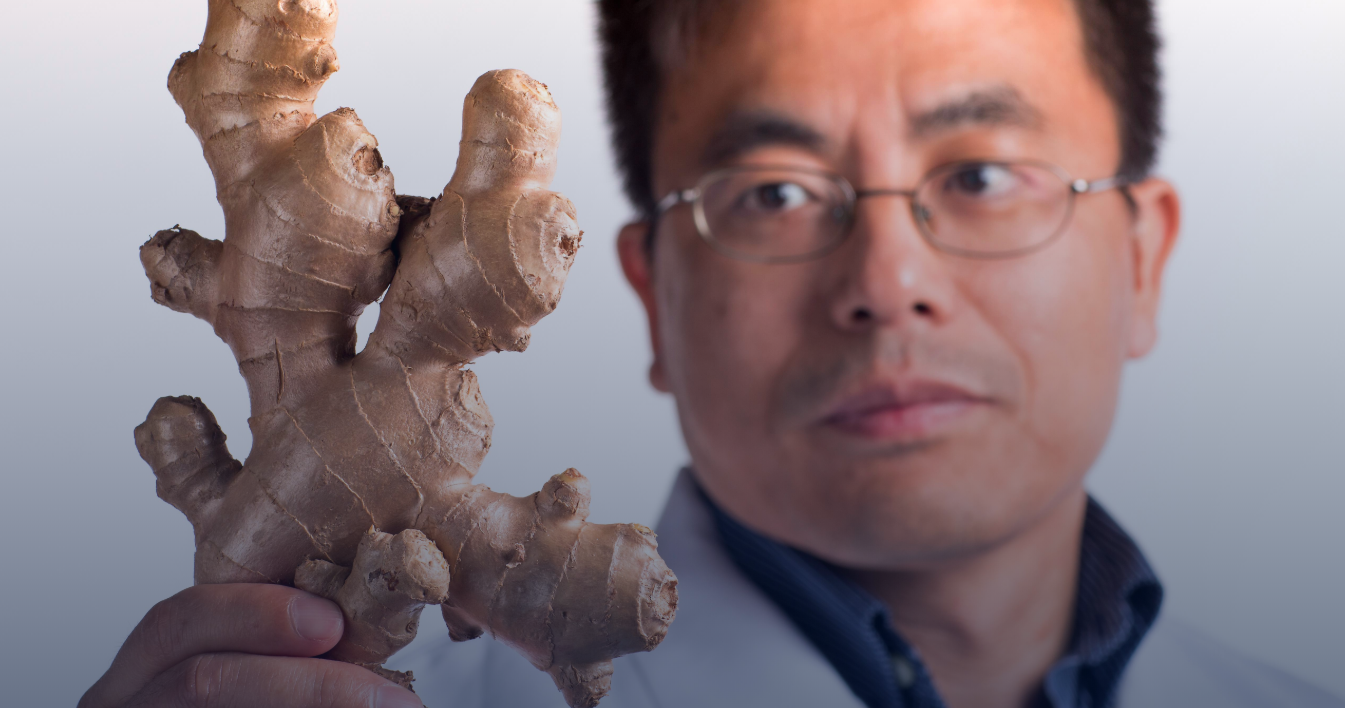 That’s the question that North Carolina Agricultural and Technical State University’s Shengmin Sang, Ph.D., and his colleagues at Columbia University are planning to study as the recipients of a four-year, $1.8 million R01 grant from the National Institutes of Health. Highly competitive, R01 grants fund health-related research and development.

The pre-clinical study will investigate the effects of 6-shogaol, a biologically active component of ginger extract, and its bioactive metabolites and derivatives, on relaxing the smooth muscle found in the human airway. Airway smooth muscle (ASM) constricts during an asthma attack, tightening the airway and making breathing more difficult.

“Studies show that 40% of asthma patients have inadequate control of their symptoms, but no new therapies that directly target airway smooth muscle relaxation have been introduced for decades,” said Sang, a professor of functional foods and human health in N.C. A&T’s Center for Post-Harvest Technologies. “Our preliminary data demonstrate that 6-shogaol, and its active metabolites and derivatives, relax ASM.”

Shogaols are pungent, meaning strongly scented, components of ginger that have been shown to have positive physiological effects. The most common member of the group is 6-shogaol, which is produced when ginger is cooked or dried.

Sang’s team will evaluate the active functional group of 6-shogaol, comparing the natural metabolic forms and chemical derivatives that Sang’s lab will prepare, to identify compounds that are most effective in relaxing the airway smooth muscle and reducing lung inflammation. The project’s ultimate goal is to provide a new medicine for asthmatics.

“We hope to eventually identify a drug candidate,” Sang said.  “It depends on how lucky we are.”

This is the second grant to study ginger and asthma that Sang and his colleagues at Columbia University have received from the NIH. The first grant funds a clinical trial to test the safety and efficacy of ginger supplements for asthma patients.

Ginger’s therapeutic and medicinal uses are well known folk medicine around the world, particularly in Asian countries, although it is just beginning to become more commonly used in the U.S.

Sang’s research has demonstrated many medicinal uses for ginger, including its use as a treatment for anemia and some forms of cancer.