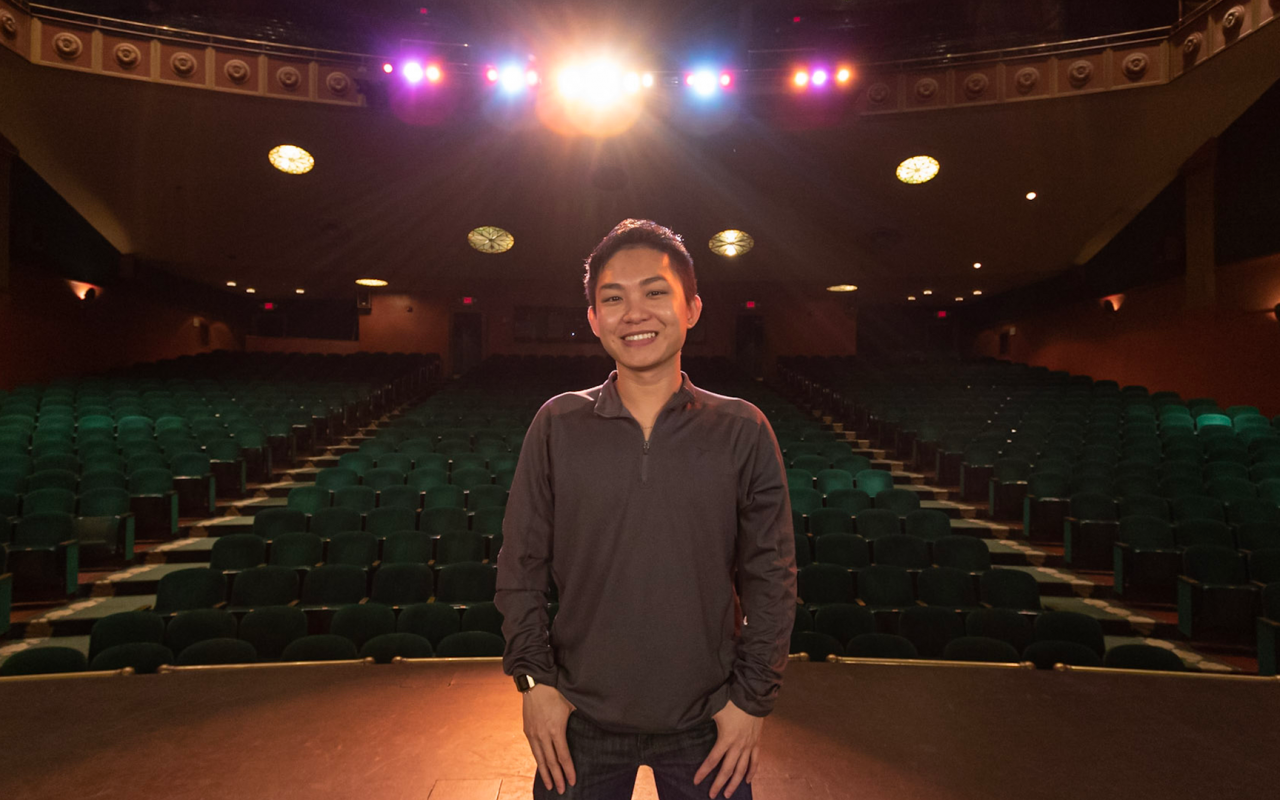 On Location for the Affordable Education Campaign

“It was much heavier than I expected,” said Lam Huynh, as he recalled the experience of hoisting a Steadicam rig onto his shoulders for the first time.

Huynh had shown up on the set where the UNC System was shooting video for its most recent statewide campaign to promote North Carolina’s college affordability. Huynh is an aspiring cinematographer studying at UNC School of the Arts, and, when one of his professors announced that the UNC System was looking for volunteers to help with the shoot, he leapt at the opportunity.

Huynh was specifically hoping to have a chance to work with a Steadicam, an elaborate contraption that balances the camera’s weight in order to eliminate the jittery bounce associated with handheld camerawork.

Huynh had used other similar devices before, and he even has a small one designed for the phone he uses to shoot music videos. But this experience would be a first.

“I’ve used different camera stabilizers before, but I hadn’t had a chance to work with the professional grade Steadicam. It was really interesting. A challenge at first … but it was exciting and fun, once I got to know its mechanism,” he said.

Prior to beginning his studies at UNCSA, Huynh had taken cinematography classes at a community college. When he began looking for the best school to continue his studies, he soon realized that the nation’s first public arts conservatory was the most logical choice.

“I did extensive research and was looking at schools all over, including reputable film schools in California, New York, and Texas,” he explained. “But the School of the Arts showed up again and again in all these ‘top 5’ and ‘top 10’ lists. Enrolling was kind of like a no-brainer—the school offered top quality education with affordable tuition.”

With its new multimedia campaign, the UNC System hopes to encourage more students to reach this same conclusion, especially those in North Carolina’s disadvantaged communities.

The ads focus on informing students and their families about the NC Promise and the Fixed Tuition programs, which are designed to keep tuition costs under control at North Carolina’s public universities. Other messaging steers aspiring students toward financial aid and scholarship opportunities.

By highlighting the low tuition at the state’s public universities, the campaign will counter prevailing perceptions that the cost of higher education is spiraling out of control. This message is especially important in disadvantaged communities, where many might assume that college is financially out of reach.

The campaign, funded through GEAR UP North Carolina, prioritizes counties with GEAR UP high schools, which have a student body comprised of about 50 percent or more free and reduced lunch enrollment. This targeted strategy will reach students who might not realize that they have a pathway into college, thanks to affordable tuition and financial support options.

On set, it took Huynh a few moments to get used to the Steadicam’s heft, but he rose to the challenge. No doubt, this experience will give him the skills and the confidence he will depend on when he eventually lands his first paid gig.

Through its affordable education campaign, the UNC System aims to ensure that more aspiring students have similar transformative learning experiences. Getting an education is hard work, but the UNC System’s affordability initiatives reflect the state’s commitment to the idea that a student’s heaviest lift shouldn’t be paying for college … it should be studying for college.