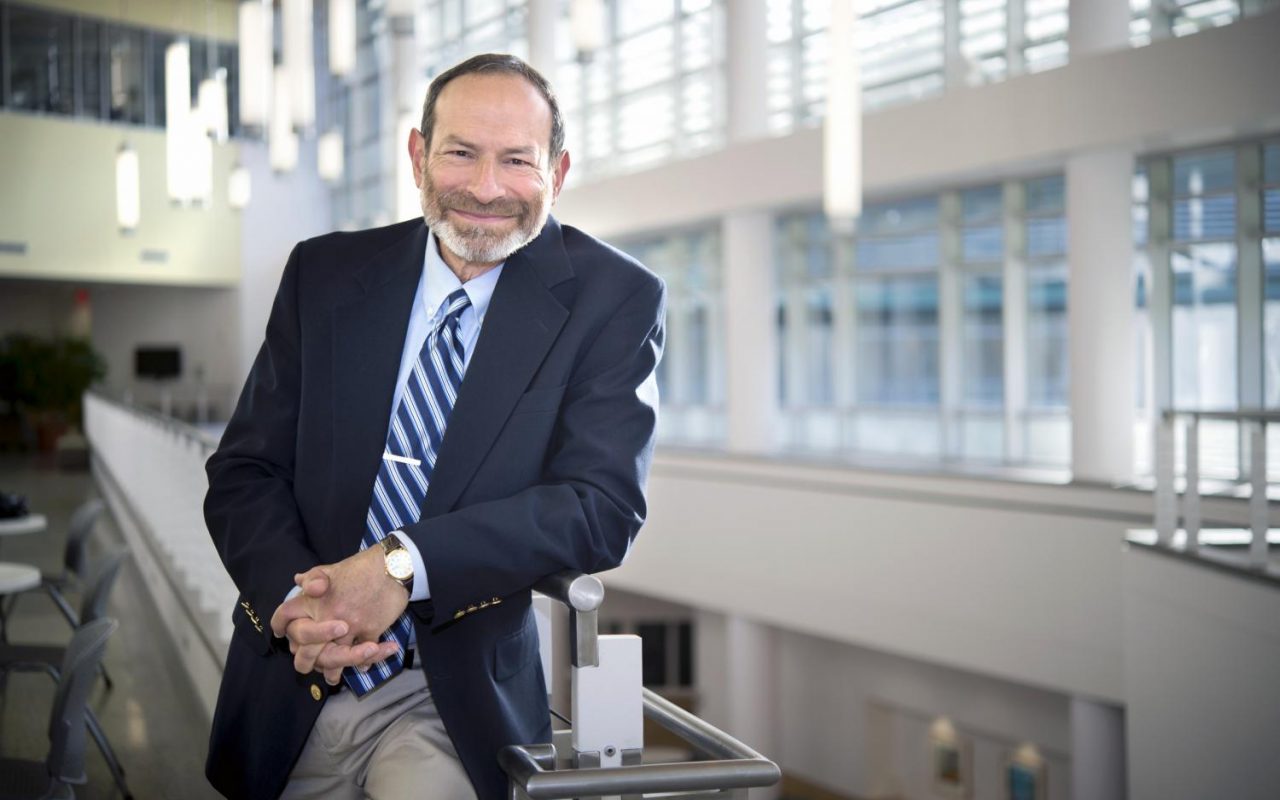 Growing up in Peekskill, New York, David Shapiro often could be found with his favorite companion, his pet dog Buddy, who seemed undeterred by that young boy’s often debilitating stutter. Like other people with the fluency disorder, the boy spoke without hesitation when talking with his pet or when alone. Today, as an acclaimed speech-language pathologist, clinician and researcher, Shapiro is an articulate voice for people around the world who stutter.

The Robert Lee Madison Distinguished Professor of Communication Science and Disorders at Western Carolina University, Shapiro has developed a holistic approach to the treatment of stuttering and other disorders of fluency, one that incorporates not only the person who stutters, but also that person’s family and support system.

In recent years, he has taken his treatment methods to all corners of the world to assist people with fluency disorders in developed and developing nations, including countries where reaction to stuttering may lead to discrimination, injury – even death. Through his international outreach, Shapiro has positively affected the lives of people who stutter in more than 30 countries on six continents, ranging from the Czech Republic to several African nations, and from Japan to Norway.

Throughout his career, his life’s mission has been to help give voice to those have difficulty participating in perhaps the most human of activities – using speech as a form of communication.

“Stuttering continues to be one of the most perplexing communication disorders. Although it is the most common of fluency disorders, each case is different. It is a very personal, individualized condition,” said Shapiro, a fellow of the American Speech-Language-Hearing Association. “Helping someone visualize dreams and work toward achieving them is such a special and empowering experience. It is the birthright of every person to be able to use speech and language freely and to enjoy communication freedom.”

In recognition of his work to improve the lives of people from around the world who stutter, the Board of Governors of the 17-campus University of North Carolina named Shapiro one of two recipients of the Oliver Max Gardner Award. It is the highest faculty honor the board bestows — and the only award for which all faculty members on UNC campuses are eligible.

Established through the will of late N.C. Gov. O. Max Gardner, the award recognizes faculty who have “made the greatest contribution to the welfare of the human race.” The 2016 award came with a $20,000 cash prize and was presented during the May 2016 board meeting.

While working to overcome his own stutter, Shapiro made it his life’s ambition to help others with similar communication disorders. A noted scholar, beloved teacher and prolific researcher, he honed his methods through decades of work in WCU’s Speech and Hearing Clinic, providing diagnostic and treatment services to residents of Western North Carolina and beyond to help them on their journey toward what he calls “fluency freedom.” Shapiro’s clinical methods and research have been disseminated through his 200 presentations and 85 publications in seven languages and supported by approximately $1 million in grant funding.

Among his clients is Charlotte resident Michael Lefko, who, in his 40s and enjoying a career in education, decided to resume speech therapy in an effort to make additional progress in his efforts to overcome a lifelong stutter.

“I had been in and out of speech therapy, from early childhood through adulthood. I had acquired everything I needed in my bag of tools to help me speak fluently, and yet I wasn’t getting the job done with consistency on a daily basis,” Lefko said.

“Dr. Shapiro’s was different than any other therapy I had ever experienced. He cared about me. He wanted to get to know me as a person. I truly felt he had a personal investment in my finding success in fluency freedom, the definition of which he was helping me to cultivate for myself. Our client/ professional relationship was a true partnership that became a friendship. I was never on the clock when we met. It was real, not contrived. It was comfortable,” he said.

In that clinical setting where Lefko and multitudes of others have received treatment, Shapiro has taught and mentored countless undergraduate and graduate students in WCU’s communication sciences and disorders program, many of them going on to successful careers of their own as clinicians using techniques they learned from Shapiro, a WCU faculty member for 32 years and also a 1999 recipient of the UNC Board of Governors Award for Excellence in Teaching. 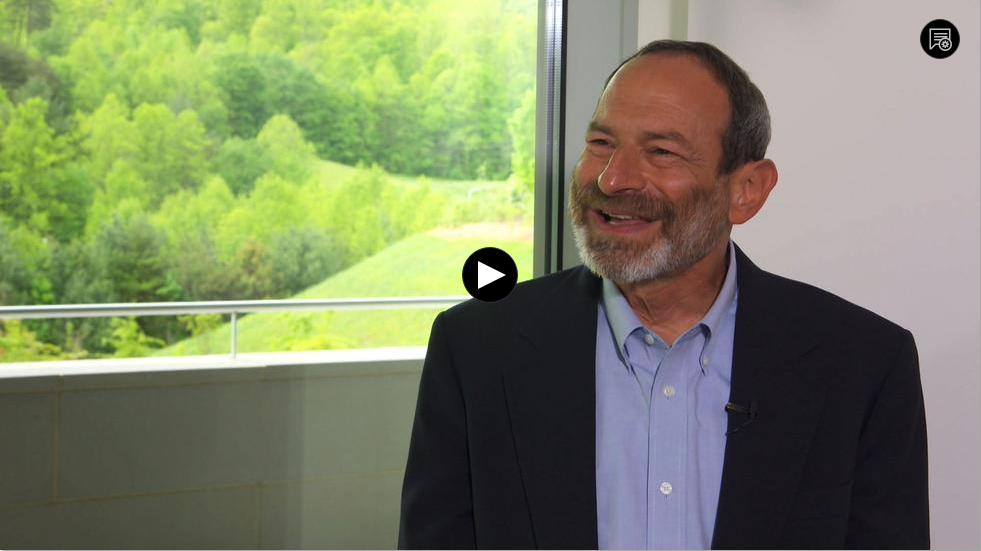 A WCU communication science and disorders graduate student from Hendersonville, Amanda Glover has worked under Shapiro’s instruction and supervision in both classroom and clinical settings. “In the clinical realm, students who are interested are given the opportunity to observe and participate in fluency treatment. I have been privileged to work with Dr. Shapiro as his student, graduate assistant and student clinician,” said Glover, who earned her bachelor’s degree from WCU in 2015. “Dr. Shapiro stands apart from others because he always treats me as a valued member of his team despite my inexperience. He not only listens, but embraces any ideas or suggestions I express.”

Shapiro’s critically acclaimed book “Stuttering Intervention: A Collaborative Journey to Fluency Freedom” (now in its second edition) has been adopted as the “go-to text” by communication sciences and disorders programs across the U.S. and beyond. In his book, as throughout much of his work, Shapiro shines a light on the faces of people who stutter, sharing their stories and unveiling the mysteries of stuttering as he provides guidance for how they can achieve their goals of fluency freedom.

“Not only have I used his textbook in my own class to help my students better understand this condition, I have also talked to many professionals around the world who have been moved by Dr. Shapiro’s writings, citing this text as perhaps the most important book in the field,” said J. Scott Yaruss, associate professor of communication science and disorders at the University of Pittsburgh.

Stuttering affects an estimated 1 percent of the planet – including more than 3 million people in the U.S. and 70 million worldwide – leading Shapiro toward an international focus in his work.

He has been a member of the International Fluency Association (the professional association of speech-language pathologists, speech scientists and researchers devoted to understanding and managing stuttering and other fluency disorders) since its conception, and was elected its president in 2012. Under Shapiro’s leadership, the organization expanded its membership, which then consisted only of individuals from the U.S. and United Kingdom, to include representatives from six continents. During his term as president, the IFA also began to partner with the International Stuttering Association, the global organization dedicated to self-help of and advocacy among people who stutter.

“To serve as IFA president was a dream come true for me,” he said. “Years ago, I swore an oath that if I could find a way to talk, I would do all I can to help others. This position enabled me to contribute on a broader scale and to coordinate such efforts internationally.”

The IFA presented Shapiro with its Award of Distinction for Outstanding Clinician in 2006 in recognition of his impact on the profession of speech-language pathology. “But, in my opinion, the biggest impact David Shapiro has made is on the lives of people who stutter and their families around the world – through his international presentations, through his research and writing, through his mentorship of clinicians, through his delivery of clinical services, and through his unique accessibility, patience and genuine caring,” said Amy Weiss of the University of Rhode Island communicative disorders program, who chaired that year’s awards committee.

In 2005, with a colleague from Australia, Shapiro initiated the International Speech Project – Stuttering, an international advocacy effort similar to Doctors Without Borders, which provides information and treatment services to people who stutter in underserved regions of the world. The project brings people who stutter together with speech-language professionals so they can talk with each other.

His international work has reached into sub-Saharan Africa, where he conducted programs in the countries of Cameroon and Burkina Faso attended by people from 20 African nations. There, he provided information about stuttering treatments that offer alternatives to indigenous practices ranging from cutting the membrane beneath the tongue to heating a metal tool or knife, letting it cool slightly and then briefly applying it to the lips of the person who stutters.

Shapiro has worked in the Czech Republic on proposed legislation to prevent discrimination against people who stutter. He also initiated a research team of 17 co-authors and researchers from 15 countries, a collaborative effort whose first project in 2004 – “A Multinational Investigation of Stuttering Intervention: Assumptions, Practices and Lessons” – has led to numerous other projects investigating the mysteries of stuttering.

“Some people say that differences divide,” Shapiro said. “However, through these international collaborations, we see living proof that when we focus on a common interest and are willing to learn and grow together, there is nothing that we cannot achieve together.”

Harsha Kathard, associate professor of communication sciences and disorders and head of the Department of Health Sciences Education at the University of Cape Town, called Shapiro “a tireless advocate” for people who stutter. “He has influenced the international community, both public and professional, through creating opportunities for people who stutter to tell their stories. He has insisted that their stories be heard,” Kathard said. “He is a quiet revolutionary who changes the world in a gentle way.”

“Quiet and gentle” certainly are words used frequently by many to describe Shapiro. In turn, Shapiro describes his work not as a job, but as a passion. “People who stutter do not have to go it alone,” he said. “We have help right here at WCU, and helping someone overcome stuttering is not work to me. It is a joy.”

David A. Shapiro and his wife, Kay, initiated a scholarship fund in 2014 at Western Carolina University to provide financial assistance to outstanding graduate students who want to specialize in helping children and adults overcome disorders of speech fluency such as stuttering, cluttering and acquired forms of speech disruption.

Shapiro’s work nationally and internationally has helped raise public awareness of stuttering, combat negative stereotypes that exist, and give a message of hope and support to those who need it. His leadership in international professional organizations and his association with some of the world’s top fluency disorder specialists have given his students opportunities to learn about the disorders from a global perspective, and graduates of the program have gone on to have outstanding careers, said Bill Ogletree, head of the WCU Department of Communication Sciences and Disorders.

“We are so fortunate to have a scholar like David, and he frankly has attracted his share of students with interests in fluency disorders,” said Ogletree. “This scholarship fund will enable these and other students to receive financial support as they study with David and others.”

For more information or to make a donation to the David A. and Kay Slattery Shapiro Scholarship for Specialists in Fluency Disorders, contact the WCU Office of Development at 828-227-7124 or by email at development@wcu.edu. To make an online gift, go to giveshapiroscholarship.wcu.edu.

More information about WCU’s program in communication sciences and disorders is available online.